In 2015, Fric originated the roles of Jean-Pierre (the Bellhop) and Newsboy in the immersive show Ziegfeld Midnight Frolic at The Liberty Theatre in Times Square, NYC. With its 6 month run, the show became the longest running production at this historic Broadway theatre in 82 years. Among others, the show was covered by The New York Times and NY Daily News.

''An evening of dark revelry'' - The New York Times

From 2016 to 2019, Fric starred as Vacanti in the immersive play The Illuminati Ball, created by artist and playwright Cynthia von Buhler. The show featured collaborations with Prodigy of the famous hip-hop duo Mobb Deep, and Disney's Dylan Sprouse.

"One of the stars of the evening, Luka Fric, plays Vacanti, who wears a mouse mask and a number of prosthetic ears all over his back." - Forbes

''On some level, you know you have come here (and be a part of) a fictional show, but the performance, while far from subtle, has a way of seducing you away from your sense of reality into a more subconscious, dreamlike state of mind, where anything is possible.''  - Gothamist

In July and August 2016, Fric performed as Martine in a new immersive production of Speakeasy Dollhouse: The Bloody Beginning. The show had a successful 5 year run at a Lower East Side location and had returned for the summer to a beautiful new venue, The Williamsburg Savings Bank in Brooklyn, New York.

"Thrilling and delighting all of the senses." - Huffington Post

In August 2016, Fric appeared in It Gets Better?, a short film wrote and directed by Stephen Riscica. The premise of the film is simple: an older gay man sits alone in his apartment in the middle of the night stuck in a YouTube hole of It Gets Better videos. After drinking heavily, he decides to create his own It Gets Better video where he shares his story with the world. Through vignettes, Fric portrays the man in his past memories as he was coming to discover his sexuality.
The short film was screened at 20+ film festivals all over the world, including Festival de Cannes. For his appearance, Fric received Best Supporting Actor nominations at International Filmmakers Festivals in Milan, Italy and Berlin, Germany in 2017.

In 2018 and 2019, Fric collaborated with Distinguished Concerts International NY on a series of concerts at Carnegie Hall (Stern Auditorium). He worked as a ringer for the choirs, supporting the tenor section. One of the highlights is singing The Music of Sir Karl Jenkins for the attending composers' 75th birthday. Another is performing The Great War Symphony with its composer Patrick Hawes conducting.

In 2019, Fric appeared live on ABC performing with Francesca Capetta and The Caravan of Angels for the Columbus Day Parade on 5th Avenue in NYC.

In 2020, Fric was invited to perform for the Chinese New Year Festival in Hubei, China. The week-long festivities included variety concerts where Fric performed Broadway songs and American Standards as a Special Guest. 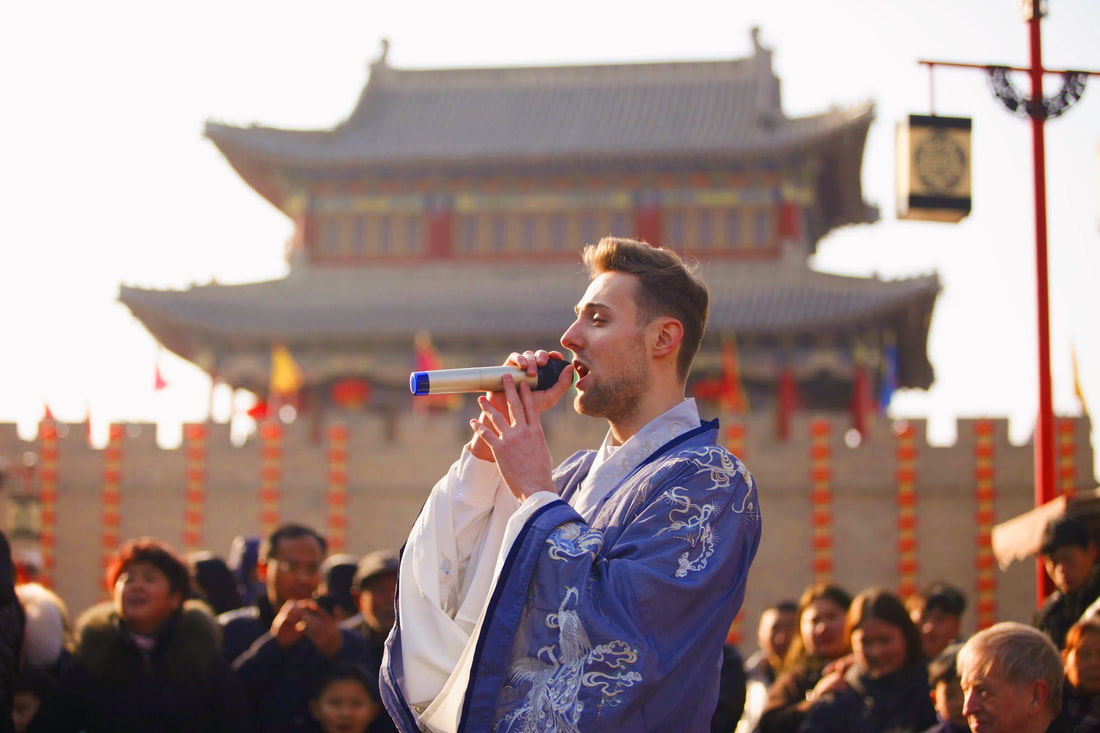